More important than ever that Banks are held to account. 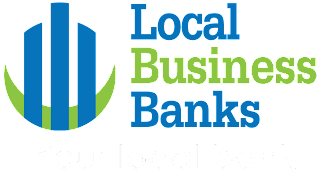 You might like to take a few moments to read a pdf file that covers the creation of a local bank in your area. It's a discussion document, feed back welcome. Local Banking

English Banks in the 19th century were set-up as Co-operative Banks. This meant that members and investors of the bank had common, local aims and desires. Not anymore. Banks have taken control of the global economy, because without their resources, companies and countries cannot operate in the way they would like. The rating agencies decide if a bank has AAA- or BBB+ which sets the interests rates for the rest of the banking industry and sovereign wealth funds to charge. The current financial crisis is largely due to banks mismanagement of their unique position and greed. So what to do?
Each country will handle the crisis in their own way, but the need to change how finance is provided to business needs to be re-thought.
The worldwide financial crisis has exposed the greed and mismanagement in the banking system. Famous banking names, lost after many years. Greed and a culture of bonuses for anything that could be sold, which in the end was worthless, have brought the world to its knees. Now we all suffer. Lost jobs, repossessed homes, reduced pensions, broken family life, but "they" still have their bonus, the list goes on.
The spotlight is now focused on banks, many of which have taken government (tax payers) money to survive, now they do nothing. Want a loan, often the answer is NO, and if you have a credit line it is cut back. I heard of a successful company, with a good order book, having its credit line reduced to 1/10 of the original. You may be one of the customers to suffer at the hands of your existing bank.

A bank is created by a local group, Chamber of Commerce, Industry, or administrative area. The important word here is Local, and could be called the "Bank for local business" or anything suitable. Managed and staffed by local business people, elected officials and even ex-bankers, that have been shown not to have taken any part in the financial meltdown.
The bank only lends to local or national industries with suitable lines of credit. It is not permitted to speculate on the stock market, or sell swaps, derivatives, in essence it is a co-operative, by the members for the members.

The bank is owned by all the members of a particular industry or people living in a local area, so business is lending to other businesses in the same industry, which will create local jobs. And will not be subjected to control from other banks with a non-local manager. The investors will be helping themselves, their industry or area, earn better profits than currently, and in addition the value of the stake in the enterprise also increases.

If a government wanted to boost the economy in general or certain industries, it would lend money at the current banking rate. The power of the internet would be utilized to operate the system. Want a loan?, the system can already check your credit rating, tax affairs, and has sufficient data to approve lines of credit. Existing banks can then concentrate providing banking services to the private individual, to the international markets and to investors.

Many companies are in a cash positive state, they have reduced staff, cut costs and are now sitting of
significant funds, which are usually deposited with the main banks. The interest returns are low. These vast sums are used by banks to create wealth and profit for themselves. Hence the large bonuses, but not for the benefit of the people or country. See the Guardian article on the Robin Hood tax, if it's bad for them, it has to be good for us.

This video is worth your time viewing. It looks like Europe will enact a "Transaction" tax on banks in 2012, to curb the speculations which harm most of us. If you would like to see this idea implemented, the message needs to be promoted and discussed. In the end it is up to you to bring the idea to the attention of members in your community. You can start by passing a comment on Twitter, Facebook and other favourite services.

Banks shouldMake profits
Shareholders expect and require banks to generate a profit from the money invested in stock and shares in a bank.

Support the creation of wealth.
In the ideal world everybody will get richer by playing by the rules and investing money in companies, banks, insurance companies etc. Pension funds play a vital part in wealth creation by investing wisely.

Integrate with the local community.
This often means that industries or companies that struggle to meet the required yearly profits are excluded for the financial markets and credit lines.

The next post is an idea on how banking for business could be arranged to suit local companies within a specific area or inductry. The Banks are created to serve the local area. If you like the idea, please pass the link on, if you have comments, please add them to the Blog.